The A’s are working to complete a trade with the Rockies that would bring Matt Holliday to Oakland. One of the sources said said reliever Huston Street, lefty starter Greg Smith and outfielder Carlos Gonzalez were among the players who had been discussed in recent days.
Why, beats me since it’s only a one year rental, Oakland can’t afford to keep, but as the owner Lew Wolff said in an interview: “f we can bring a little bit of hitting talent to our current team I think the pitchers won’t get as frustrated as they were late in the season,” Wolff told the gathering of sports editors. “You’re always rebuilding and regenerating. It’s fun. We want to win. I want to win. We’re going to try to be there again if we can.” 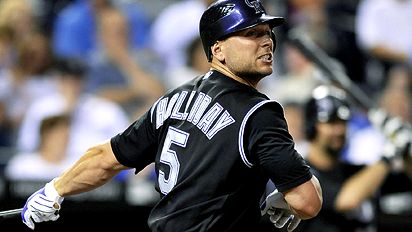